Taking A Mindful Approach to the BRAIN Initiative 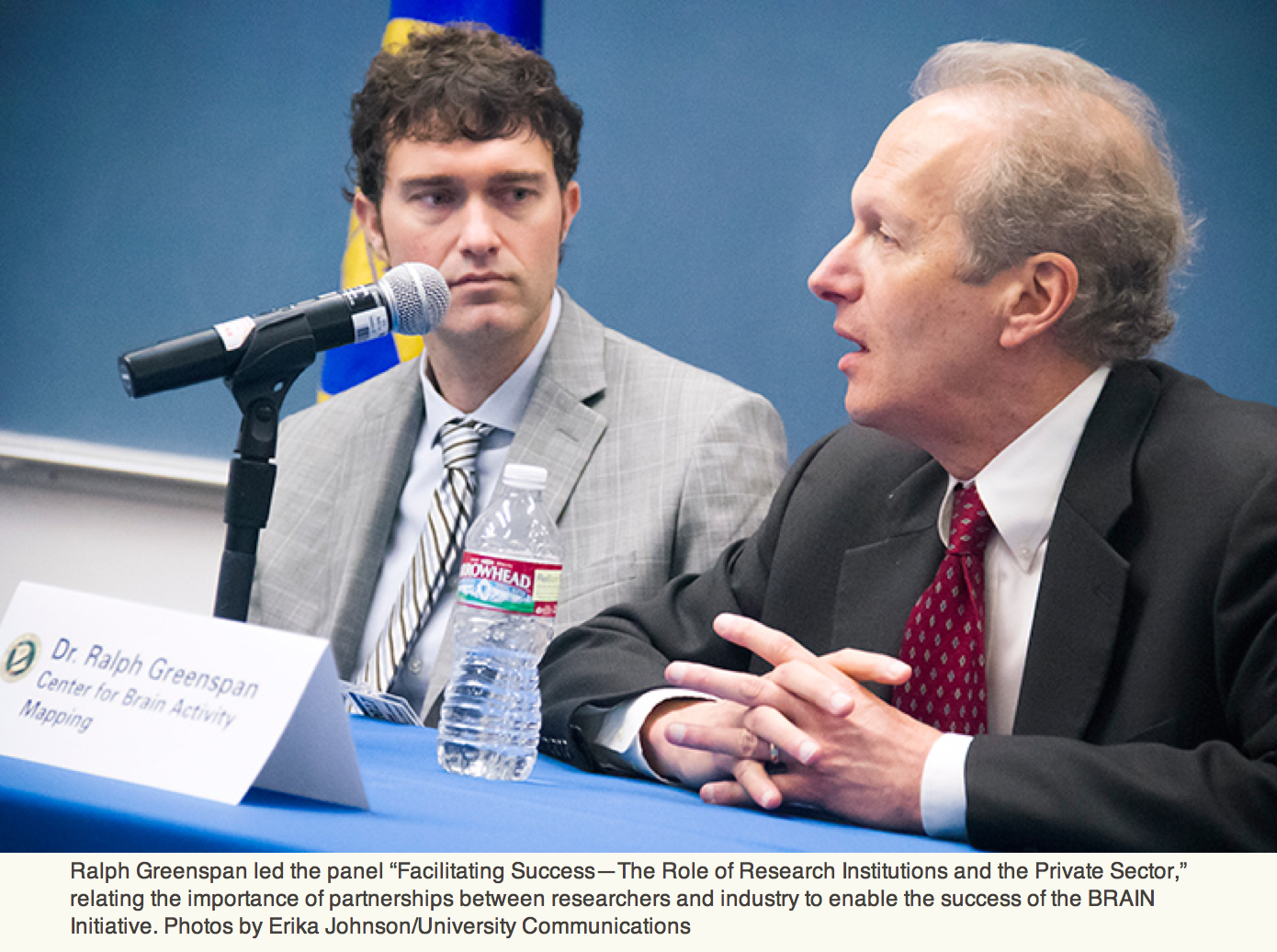 The event, "A Mindful Approach to the BRAIN Initiative," was convened by Corbett. It explored the state's role in accelerating the research, development and deployment technologies to support the BRAIN (Brain Research through Advancing Innovative Neurotechnologies) Initiative, first unveiled by the Obama Administration in April 2013.

The research effort––in which UC San Diego, "Mesa" colleagues and private-public partners will play key roles––is designed to revolutionize understanding of how the brain works and uncover new ways to treat, prevent and cure brain disorders such as Alzheimer's, schizophrenia, autism, epilepsy and traumatic brain injury.

The discussions held Friday were attended by Chancellor Pradeep K. Khosla, who also was sitting in the front row at the White House when Obama made the BRAIN Initiative announcement on April 2.

"The last century we went to the moon to explore outer space; this century we're exploring inner space by studying the link between brain activity and behavior," said Sejnowski. "We need to find what it is that excites young people. We need to attract bright young minds the way President John F. Kenney did … In 1969, the year we went to the moon, the average age of a NASA engineer was 27."

When asked by Corbett if the state of California was doing enough to support the education needed by the BRAIN initiative, Greenspan answered by saying that more science should be integrated into the general education curriculum. "It's is important to build STEM programs and make it accessible to students … Students need to see themselves as future scientists."

Corbett concluded the conversation by saying that she thought the discussions helped dispel the notion that people come to California only for the weather. "You come here for the education and innovation," she said.