The mission of the UCSD Center for Advanced Neurological Engineering (CANE) is to apply the abundant expertise in neural engineering and computation within the San Diego professional community to problems in translating basic scientific knowledge and engineering capabilities into improved diagnosis, treatment, and prevention of neurological diseases and pathology. The goals of the Center are to clarify neuropathogenic processes, to create and apply innovative technology for advanced neuroscience research, and to develop novel methods and strategies for improving prevention, diagnosis, and treatment of neurological diseases and injuries. More »

The Computational Face Group was part of the Machine Perception Lab at the Institute for Neural Computation at UCSD. This group performed computational analysis of face images for the development of computer vision systems and to model face perception in biological vision through the study of natural image statistics. A major focus of their research was the development of automatic facial expression recognition systems. They developed an end-to-end system for automatic recognition of a set of basic expressions that worked in real-time. They also made substantial progress toward fully automating the facial action coding system, a comprehensive facial expression description system developed by Paul Ekman and Wallace Friesen. This work has since transitioned into industry through INC spin-off Emotient acquired by Apple.

The long range goal of CNL is to understand the computational resources of brains from the biophysical to the systems levels. The central issues being addre- ssed are how dendrites integrate synaptics ignals in neurons, how networks of neurons generate dynamical patterns of activity, how sensory information is represented in the cerebral cortex, how memory representations are formed and consolidated during sleep, and how visuo-motor transformations are adaptively organized. New techniques have been developed for modeling cell signaling using Monte Carlo methods (MCell) and the blind separation of brain imaging data into functionally independent components (ICA). More » 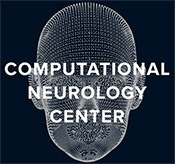 The Computational Neurology Center's mission is to leverage contemporary computer vision and machine learning technology for evaluating overt symptoms of movement disorders in a fashion that is efficient, unobtrusive, and truly objective. CNC's vision is a world in which neurologists are equipped with advanced computational resources to optimally treat patients with neurological disorders. More »

The DICE Center provides expertise and software technologies in the areas of large-scale data management for collaborative research, digital archiving, and long-term data preservation. The Integrated Rule-Oriented Data System (iRODS) is open source software developed by the DICE team for managing data grids, and it features an adaptive rule engine for automating institutional data policies in distributed environments. iRODS provides scientists with a secure, scalable system that can support many aspects of research data management. DICE brings experience in data grids and preservation environments in a wide range of fields such as health care, disaster research, and humanities.

The DMBL goals are:
1. Understand how small biological CPGs produce rhythmic motor behavior that is also highly variable and adaptive.
2. Analyze and understand the contributions of noise and unstable (hence chaotic) dynamics to the variability observed in all parts of the nervous system but particularly in small CPGs.
3. Build small hardware robotic mechanisms to illustrate and augment our understanding of CPG dynamics.

The focus of our research is on cross-cutting advances at the interface between in vivo and in silico neural information processing. The goals are threefold: to empower silicon integrated circuits with adaptive intelligence inspired by sensory information processing in nervous systems; to facilitate advances in computational neuroscience by large-scale emulation of neural models in parallel analog silicon circuits; and to interface silicon with neural cells for restoring lost function in sensory and motor impaired patients. More »

The goals of the MPL were:
1. To develop computer systems that recognize and react to natural speech commands,facial expressions, gestures and body motions.
2. To help analyze how the brain works by building computer systems that face perceptual problems similar to those faced by the brain.
3. To help understand the brain and the mind by analyzing the statistical structure of natural audio-visual signals.

This work has since transitioned into industry through INC spin-off Emotient acquired by Apple.

The human cortex creates rich representations of the world. These representations are based on learning, which often proceeds self-supervised. Unsupervised learning can be characterized as following: It is commonplace in naturalistic settings. It it critical to humans, particularly in complex and novel environments. It is encoded ny LTP-type mechanisms. It is of direct relevance to computational theories of learning. In other words, unsupervised spatial learning is based on internal representations which allow for a flexible acquisition of knowledge, situational awareness as well as readiness to act appropriately. Our overall research objectives are to understand the basic brain and behavioral processes underlying this type of learning and training. More »

Our goal is to better understand the neural bases of human motor control. Our approach is to analyze the nature of the breakdown in motor control in patients with selective failure of specific motor (or sensory) systems of the brain, such as occurs in Parkinson's disease, cerebellar ataxia, or limb deafferentation. Toward this end, we have developed novel methods of imaging and graphic analysis of spatiotemporal patterns inherent in digital records of movement trajectories. One domain of our studies is Parkinson's disease. One hypothesis that we have been evaluating is that a key function of the basal ganglia, which is then impaired in Parkinson's disease, is support for the recoding and integration of proprioceptive signals with other sensory and motor signals in order to enable accurate movements. We are investigating the haptic sensitivity of Parkinson's patients; we are investigating how Parkinson's patients reach to targets presented in 3D space under various conditions of visual feedback; and using 3D immersive virtual environments, we are investigating how Parkinson's patients learn to adapt their movements in altered sensorimotor environment..

We seek to understand molecular mechanisms of:

• Regulation of Ion conduction and Assembly of Potassium Channels
• Specificity and Assembly of TGF-beta ligand and receptor complexes
• Expression Methods for EUKARYOTIC membrane proteins and
Structure-guided Drug Discovery by NMR.

The Swartz Center for Computational Neuroscience brings together senior and junior scientists from the computational, physical, physiological and cognitive sciences to develop and exploit new functional brain imaging methods and computational tools with a goal of understanding and interpreting the functional significance of brain activity supporting human cognition and behavior. The goal of the Center is to observe and model how functional activities in multiple brain areas interact dynamically to support human cognition and interaction. More »

TDLC is a Science of Learning Center (SLC), one of six SLCs funded by the National Science Foundation. The purpose of TDLC is to understand how the element of time and timing is critical for learning, and to apply this understanding to improve educational practice. More »