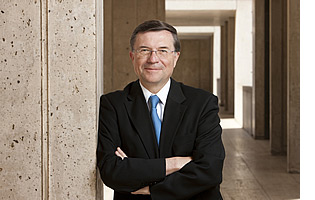 Dr. Terrence Sejnowski is a pioneer in computational neuroscience. His goal is to understand the principles that link brain to behavior. His laboratory uses both experimental and modeling techniques to study the biophysical properties of synapses and neurons and the population dynamics of large networks of neurons. New computational models and new analytical tools have been developed to understand how the brain represents the world and how new representations are formed through learning algorithms for changing the synaptic strengths of connections between neurons. Dr. Sejnowski was instrumental in shaping the BRAIN Initiative that was announced by the White House on April 2, 2013, and served on the Advisory Committee to the Director of NIH for the BRAIN Initiative. He is one of only 10 living persons to be a member of the Institute of Medicine, National Academy of Sciences and the National Academy of Engineering.

Dr. Sejnowski received his Ph.D. in physics from Princeton University and was a postdoctoral fellow in the Department of Neurobiology at Harvard Medical School and on the faculty at the Johns Hopkins University. He is now an Investigator with the Howard Hughes Medical Institute, holds the Francis Crick Chair at The Salk Institute for Biological Studies, and is a Professor of Biology at UC San Diego, where he is co-director of the Institute for Neural Computation and the NSF Temporal Dynamics of Learning Center. Dr. Sejnowski is the President of the Neural Information Processing Systems (NIPS) Foundation, which organizes an annual conference attended by over 2000 researchers in machine learning and neural computation and is the founding editor-in-chief of Neural Computation published by the MIT Press. He also recently wrote "The Deep Learning Revolution" (MIT Press) and is co-creator with Dr. Barbara Oakley of a Massive Online Open Course (MOOC) for Coursera on "Learning How to Learn" which is the most popular MOOC currently. 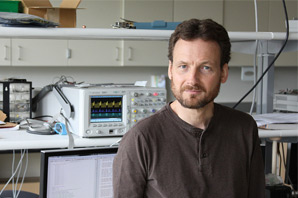 Dr. Gert Cauwenberghs pioneered the design and implementation of highly energy efficient, massively parallel microchips that emulate function and structure of adaptive neural circuits in silicon. Recently the Cauwenberghs group demonstrated synaptic arrays in silicon for adaptive template-based visual pattern recognition operating at less than a femtojoule of energy per synaptic operation, exceeding the nominal energy efficiency of synaptic transmission in the human brain. A main focus of current work is on extending integrated sensing and actuation to dynamical interfaces to neural and brain activity. Recent developments include implantable and wireless microelectrode arrays for distributed recording of electrical and chemical neural activity, and biopotential sensor arrays and integrated signal processing for electroencephalogram and electrocorticogram functional brain imaging. These dynamical interfaces between living and artificial nervous systems offer tremendous opportunities for transformative, integrative neuroscience and neuroengineering that are the focus of continued research in the Cauwenberghs laboratory, in collaboration with partners in academia, industry, and the clinical sector.

Gert Cauwenberghs received the M.Eng. degree in applied physics from University of Brussels, Belgium, in 1988, and the M.S. and Ph.D. degrees in electrical engineering from California Institute of Technology, Pasadena, in 1989 and 1994. He is Professor of Bioengineering at University of California San Diego, where he co-directs the Institute for Neural Computation. Previously, he held positions as Professor of Electrical and Computer Engineering at Johns Hopkins University, Baltimore Maryland, and as Visiting Professor of Brain and Cognitive Science at Massachusetts Institute of Technology, Cambridge.